There are a number of excellent vegan restaurants in San Francisco. If you're looking for a place where you can enjoy a restaurant meal in the Bay Area that does not contain meat or animal byproducts, including dairy, eggs, or honey, you're sure to be pleased with the available options. 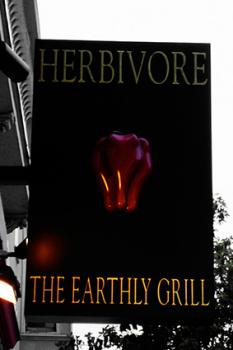 Herbivore, which is ranked on USA Today's 10Best list for SF Restaurants with Healthy Menus, is a vegan lover's dream. With two locations in San Francisco and one in Berkeley, Herbivore offers healthy, vegan food in a cozy and modern space.

The lunch and dinner menu is expansive, and includes a wide variety of wraps, sandwiches, noodle dishes, soups, and salads. Entrées include gnocchi, shish kebab, lentil loaf, and moussaka. Stand-out dishes include the Vietnamese cold spring rolls and the vegan ceviche. Nothing costs more than $11. 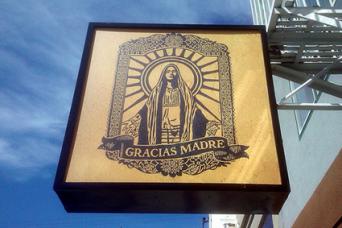 Gracias Madre serves local, organic, and vegan Mexican food in a warm and lovely restaurant environment. Owned by the same restaurateurs who started Cafe Gratitude, their seasonal menu is based on what is available at their organic farm in Pleasants Valley, California.

They are vegan, which means that all their dairy products (including cheese!) are made from nuts. Although that may seem strange for a Mexican restaurant, Gracias Madre actually pulls it off excellently, with their cashew cheese being a firm favorite among non-meat eaters and meat eaters alike.

The restaurant is bustling at any given night, and popular items on the menu include the quesadillas and the enchiladas con mole. Prices start at $8 and cap at $15, making this an extremely affordable option.

A recent addition to the Marina neighborhood, this vegan and gluten-free restaurant serves "chef-driven cuisine, done clean" - by which they mean devoid of refined sugar, trans fats, and GMOs. They serve a breakfast selection from 7 a.m. and start offerings several salad and sandwich meal options at 11 a.m. Coffee, pressed juices, and toast (with a wide variety of spreads) are an all-day affair.

The eggplant bacon is a popular favorite here. With prices starting at $7 for a simple seasonal salad, this is not a particularly budget-friendly place, but a delicious one nonetheless.

This new vegan restaurant on Valencia claims to serve Korean vegan food, and although there are only two items on the menu that are recognizably Korean, their menu is overwhelmingly Asian. A SFWeekly review indicates that the food is delicious and affordable, and the overall dining experience is unpretentious.

Sweet Aha! is a vegan bakery that currently only operates at farmers' markets in San Mateo and San Francisco. In San Francisco, they are at the Inner Sunset Farmers' Market on Sundays from 9 a.m.- 1 p.m. They update their website to state when they will not be present at the market, but are usually there all year round.

They are known for their cupcakes, which are 100% vegan and made largely from organic ingredients. They offer seasonal flavors every week. They also offer vegan scones, cookies, and muffins.

Hella Vegan Eats is a vegan food truck that launched at Street Food Festival in 2012. They update their website weekly and their social media sites constantly. Social media is the best place to get their most up-to-date locations. They do themed pop-up restaurants and holiday catering in addition to their food truck schedule.

They were named one of the six best vegan restaurants in San Francisco by sfist in 2014. Their "chicken" and waffles and potsticker burritos are two of their most popular dishes.

This new vegan restaurant in the Mission (they opened in late January 2015), offers 100% vegan sushi, izakaya-style grilled items, and ramen. While vegan sushi might seem like a paradox, sushi actually just means "served on rice," and they are offering daily specials based on seasonal availability.

Their vegan ramen has been called out by San Francisco Eater as being particularly impressive - flavorful broth without using pork and egg-free noodles that are handmade in-house daily. They are open daily from 5 - 10 p.m.

A Wealth of Options

As this list shows, many vegan restaurants are new to the city, and this trend shows no sign of abating. In addition, there are several vegetarian restaurants that also offer vegan options, so there truly is a wealth of vegan dining options in San Francisco.