If you are on the hunt for real estate in East Bay California, then you may want to know a little about what awaits you there. The East Bay has its own zoo, museums, airport, colleges, and a variety of neighborhood nooks. It could easily pass for any other major metropolitan area all its very own, if it weren't already in the shadow of San Francisco.

Travel the main route along highway 80 and cross over the Bay Bridge from San Francisco, take the underground BART tunnel beneath the waters of the bay, or a leisurely trip on one of the many ferries, either way you will quickly find yourself in a new land… the East Bay: an area that is a bit like the younger brother of San Francisco, mostly undervalued and underappreciated - but with gems and charm all its very own.

Real estate in East Bay California is typically less expensive then in most other cities and districts around the San Francisco area. Less expensive, however, is a relative term. If you are moving to California from Nebraska, you may find the entire state overpriced. But, certainly if you hope to own a piece of land in the California Bay Area, the East Bay will offer the best prices on the market.

Within the East Bay

With some of the most picturesque coastline including majestic views of San Francisco, and smaller crowds, the East Bay extends from Richmond to Hayward. It is also an area comprised of a dual county East Bay Regional Parks system with 54 parklands embracing 80,000 acres - an expansive park system offering a taste of wilderness relief as an escape from the urban sprawl. Weather is also a plus on the east side of the Bay. Once you leave San Francisco behind, you will find the fog and grey magically disappear. The East Bay is typically warmer and sunnier than the big city.

If you want to settle in the East Bay area, there are a variety of options. While the two main cities are Berkeley and Oakland, the entire area includes such districts as Richmond, Alameda, San Leandro, Castro Valley, Hayward, Union City, and Fremont. Each one offers its own unique real estate and culture. If you are uncertain where to drop anchor, let us guide you through the area. 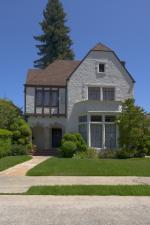 The city of Berkeley has truly been shaped by the University of California's college with the same name. Known for its liberal politics, it is a unique place completely separate from San Francisco. The neighborhoods don't offer national chains or fast food and the heart of Berkeley is quaint streets designed for easy access by foot. Most of the city is flat, with a pricey section of homes in the eastern hills. There is a marina and Tidlen Park, renown for its exquisite views, 30 miles of trails, and lake playtime.

Although the city of Oakland directly borders Berkeley, once you cross the dividing line, you know you have left the college town behind. A more eclectic place, Oakland is the 4th largest port in the United States. Although the city boasts some of the best parks and professional sports teams, it is truly underappreciated by most of the citizens of the Bay Area. This can certainly work to your advantage when shopping for real estate.

While parts of Oakland still hold onto its gang and slum roots, most of the area has been completely revamped. Divided in many zones and districts, the city has a vibrant international feel. Plus it also contains a quiet airport and even its own Chinatown.

There is more to choose from then the two big cities of Berkeley and Oakland. When researching real estate options and values in the East Bay, be sure to consider the following districts:

The northern tip of the East Bay region, Richmond abuts the lush Marin County. A district, not its own city, it offers streets of manicured townhomes. A great place for dog lovers as it includes a large off-leash dog park. Additionally, Richmond is known for a diverse assortment of dining establishments.

A simple family area is found in Alameda. With casual neighborhoods of two-story apartment buildings and the kid-friendly Crown Beach, it is a more affordable place to raise a family.

For more suburban living, there are the areas of San Leandro, Hayward, and Fremont. While known for their industrial zones, this part of the East Bay is less trendy but still offers some decent homes and real estate options.

If you are now ready to go on that hunt for real estate in the East Bay, you have three main sources:

Whatever you decide, happy house hunting!