200 Larkin Street (at McCallister Street) (415) 581-3500 Official Website & Exhibition Calendar: Asian Art MuseumSan Francisco's Asian Art Museum is one of the largest museums in America devoted exclusively to Asian art and culture. In its new location since 2003 after outgrowing its old one in Golden Gate Park, the museum's collection now holds over 15,00 ancient paintings, sculptures, ceramics, and textiles from China, Korea, Japan, and India, as well as more newly acquired contemporary art. The museum's much-heralded new space is gorgeous, expansive beaux-arts building right next to the new San Francisco Public Library---there is much more breathing room inside compared to the old museum (40,000 square feet), as well as much more natural light (the high ceiling in the lobby consists primarily of glass). There's also a museum store, café, and outdoor dining area (there was only a museum store in the old museum). This new location makes it much easier for visitors to nearby Chinatown to get to after soaking in the culture on Grant Street.

The M.H. DeYoung Museum just reopened in the fall of 2005 after a 202 million dollar renovation, and its first day was without a doubt one of the most ballyhooed events of the year in San Francisco. Visitors lined up for hours to get a look inside the new ultra-modern museum, which was designed by renowned Swiss architect firm Herzog and de Meuron, and has since garnered immediate love it/hate it responses from the general public. The DeYoung has been in existence for over well over 100 years now, and houses collections focusing on American painting, sculpture, and decorative art, but there is also a wide array of South American, African and Oceanic art, as well as a widely acclaimed collection of textiles from all over the world dating back to the 18th century. Also be sure to check out the Dorothy and George Saxe Collection of Contemporary Craft. Lines are still long to get into the new DeYoung, so if you go on a weekend, expect a long wait. The situation is very different on the weekdays, when there's barely-if ever-a line at all.

Palace of the Legion of Honor

One of the most visible of the San Francisco art museums, this storied, difficult-to-get-to art museum-which resembles the Hall of Justice that the Superfriends called home-holds over 4,000 years of history within its beaux-arts walls. The collection has a European slant, with masterpieces by El Greco, Rubens, and Monet on prominent display, plus decorative art that includes furniture, sculpture, and without a doubt the museum's most famous centerpiece, an original cast of Rodin's "The Thinker." There's also the wonderful Bowles collection of 18th century porcelain, and one of the museum's most unique exhibitions, the Reva and David Logan collection of illustrated books (original drafts from the sketchbooks of world famous artists). The palace itself is one of the most popular tourist destinations in all the city (i.e. some people visit it without even stepping foot in the museum), and has been featured in such movies as "Tales of the City" and most famously, Alfred Hitchcock's "Vertigo." 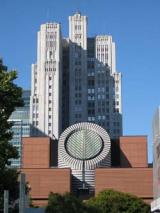 151 3rd Street (at Mission Street) (415) 357-4000 Official Website & Exhibition Calendar: SF MOMAThis always-bustling museum, which is one of the most striking architectural sights in the entire city (it consists almost entirely of red brick, something you don't see much of in the city, and has what appears to be the lens of a telescope planted on the roof), houses a collection that's as modern as it is classic. The permanent collection features works by heavy hitters like Rauschenberg, Magritte, and most famously, Matisse, and the visiting exhibitions are usually all blockbusters (past ones include retrospectives of works by Yoko Ono, Diane Arbus, and Robert Bechtle). You'll also find wonderful works of photography, sculpture, and video installation (art world darling Matthew Barney has shown here). Be sure to visit the museum store, which is accessible without paying admission to the museum, as is the acclaimed café.

This roomy, relatively new (it opened in 1993) arts center and museum is known for always having its finger on the pulse of what's currently going on in the world. In addition to painting and sculpture, the center is very well known for its film series, dance performances, and live music events (both inside the center and out on its front lawn). Past happenings here have focused on skateboarding culture, movie trailers from 1970s grind house trash films, and a performance by cerebral Bay Area electronic duo Matmos. The various calendars of the Center change quite frequently, so it's best to check the website to see what's happening, although it's always nice dropping in here with expectations of simply expecting the unexpected.